But he was so much more.

During his 20 years in office, during his stint as the city's Officer Friendly and during his final years as Naperville's first mayor emeritus, he reflected the heart of the city. Giving. Kind. Accessible. Funny. Humble. Energetic. Always willing to put others -- especially children -- first.

He loved Naperville, and in an age of cynicism about politics and politicians, Naperville loved him back. Artists featured him on murals and created sculptures and, yes, even a bobblehead in his honor. A radio station named the short, chunky, bald Pradel the suburbs' sexiest mayor and he laughed along with everyone else. Naperville named a park and a street and even a sandwich for him.

He loved to celebrate Naperville's accomplishments, and it seemed he never said no.

When he died Tuesday, he took a part of the city's history with him. But he left so much more behind. A familiar sight: George Pradel takes the oath of office. He served five terms as Naperville mayor, from 1995 to 2015. One of George Pradel's charms was that he never took himself too seriously. Here, he performs a ceremonial "first flush" for a new bathroom in Central Park. 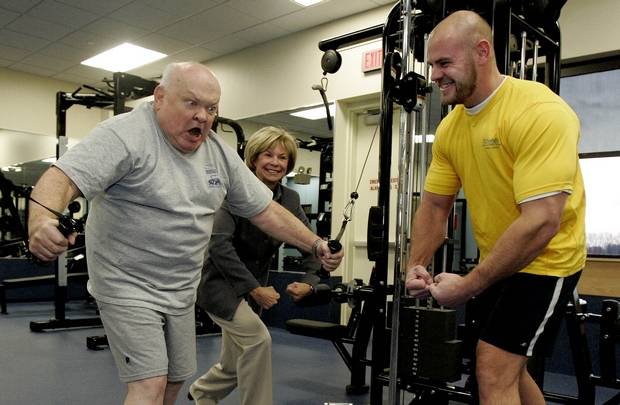 George Pradel was a huge fan of anything connected with Edward Hospital, including its fitness facility. 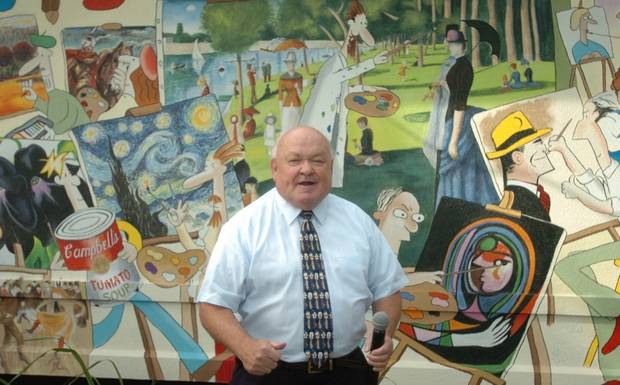 Pradel was a supporter of the arts, and area artists repaid the compliment by featuring him in murals and a sculpture. 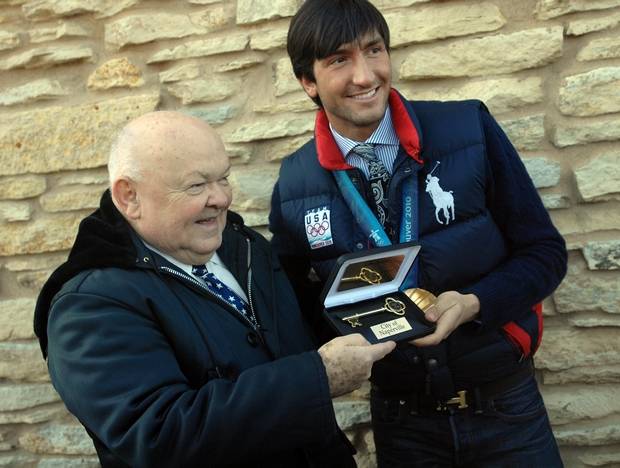 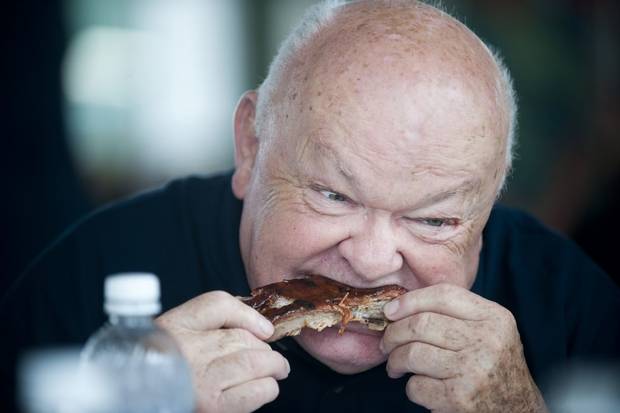 Pradel was a regular at the Ribfest judging table.

Pradel seldom said no to a fundraising opportunity to help area charities. Here, he races through a grocery store as part of a contest to raise money for a food pantry. 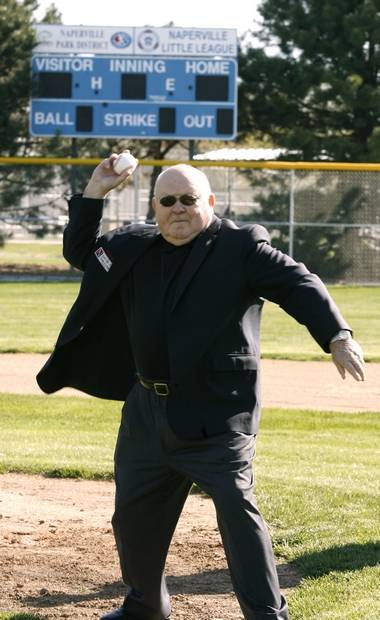 Pradel throws out the first pitch as Naperville Park District celebrates the opening of another Naperville Little League season. 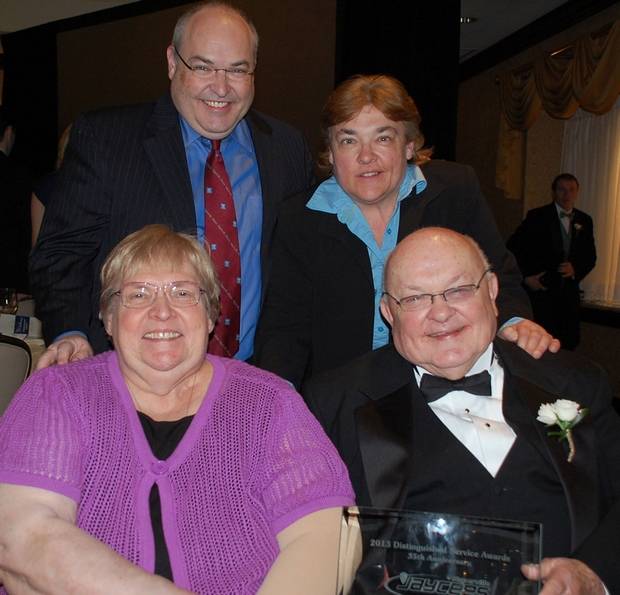 Pradel with his wife, Pat, and children Gary and Carol in May 2013 at a Naperville Jaycees Distinguished Service Award dinner. Pradel hands out medals at the finish line of the second annual Naperville Marathon. 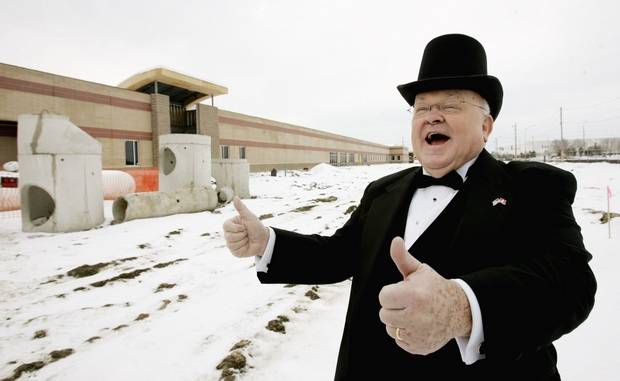 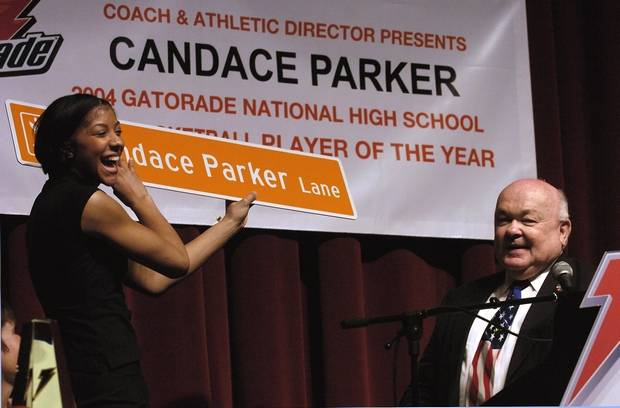 Pradel celebrates with Candace Parker, then a basketball star at Naperville Central High School, after she was named the 2004 Gatorade National High School Girls Basketball Player of the Year. 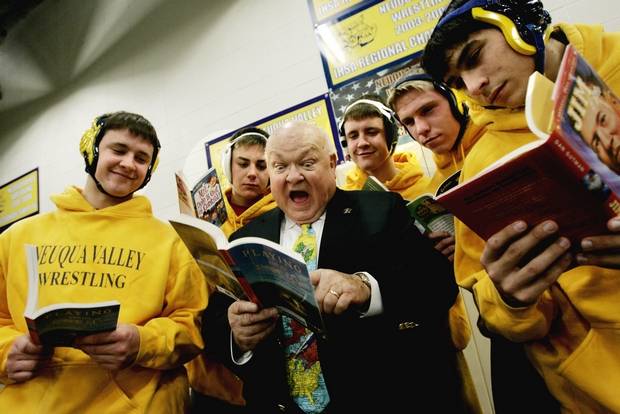 With his grandsons Zach and Nick, Pradel checks out his likeness during the unveiling of the Officer Friendly sculpture in front of Washington Junior High.

But he was so much more.

Read this article on the Daily Herald: https://www.dailyherald.com/news/20180904/naperville-remembers-george-pradel